I recently needed a children’s message on peacemaking, so this is what I came up with…

Opening question: Are you a peacemaker or a peace-breaker?

Message: God tells us to make peace wherever

and whenever we can. But sometimes we get into fights, don’t we? Sometimes we complain, and whine, and fuss, and demand we get our way. In James 4:1 God says, “What causes quarrels and what causes fights among you? Is it not this, that your passions are at war within you?”

When we lose control and let our passions take over, we become peace-breakers. It’s like we spread an awful smell. Take a whiff of this, boys and girls. (Spray some Deer-Off into a bowl and let the children smell it. Careful! Don’t spill it on the floor or let anyone put their fingers in the bowl! If you’ve never smelled Deer-Off, it’s horrible!)

But when we try to make peace with others, it’s like we spread a nice, sweet smell, like this (spray some good air freshener around the children).

What are some ways you can spread peace? (Help the kids think of being a peacemaker at home with their siblings, or at school with friends, or in the neighborhood with people they may not like).

Jesus died on the cross so that we could be at peace with God. He calls you to make peace with people around you. When you fail, confess your sin to God. The blood of Jesus will cleanse you from sin and help you spread the pleasing aroma of Jesus wherever you go.

A pastor who will remain nameless sent me this text message:

Can’t tell you how many times I had to get in pulpit when felt like life was crashing around me and when family seemed to be falling apart. I hold on to the passage that in our weakness He is strong.

What lie about pastoral ministry have we bought into that convinces us our value is determined by how well we entertain in the pulpit, how fast our church is growing, how quickly we get our church out of debt, or how many Twitter followers we have?

When did we decide it’s a bad idea for pastors to have really close friends within their church or to be honest about their failures?

Why must a pastor also be a marketing genius, a fundraiser, a scholar, a motivational speaker, a CEO, a social media guru, and a politician to be considered “effective”?

The stress level on ministers of the gospel today is screaming that it’s time we redefine the work of a pastor. Biblically, here’s the definition:

“Pay careful attention to yourselves and to all the flock, in which the Holy Spirit has made you overseers, to care for the church of God, which he obtained with his own blood” (Acts 20:28, ESV).

Darren (not his real name) is a steady, humble, compassionate man. A great pastor. A faithful teacher of God’s Word. 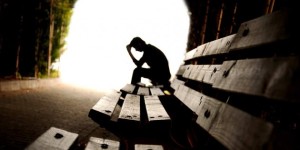 But one day, he crashed.

Fresh out of seminary nearly thirty years ago, Darren accepted a call to a small church in an Appalachian community. He was the first full-time pastor the church had ever had. The average age of its two-dozen members was sixty-five. But Darren still carries warm memories of his time among them. He and his wife were married while he served in this little town. Their first child was born there too. But it was clear Darren’s gifts could be used in a wider sphere.

Darren moved his young family to a church in Alabama where he was the solo pastor for nearly ten years. They had a second child. The church held steady in membership. It was a happy experience. But a new opportunity presented itself in the spring of 2000. Darren accepted a call to a bigger church in another Southern suburb.

This church, Darren says, was “dysfunctional.” Darren’s predecessor had been asked to leave. He had replaced a man who was highly regarded—not as a great preacher or administrative leader but as a warm, loving pastor. Unfortunately, Darren’s predecessor was the very opposite. He just didn’t fit. So when Darren arrived, he knew he would need to take his time, build trust, and give the church some much-needed stability. And he did just that.

Things went well for several years. Darren led a reorganization of the elder board and faithfully taught the Bible. But Darren found it a tough church to pastor. People were all over the map theologically. Some voiced their opposition to Darren’s Bible teaching. Some of the people had bad attitudes toward church leaders. Members of the worship team wanted control. Previous elders had refused to confront sin in the church. Now, when the elders tried to put policies in place, some members didn’t like it. Disgruntled, a contingent left the church for greener grass. Several of Darren’s key supporters and friends also left because of job changes. Worse yet, Darren’s assistant pastor, who was a close friend, accepted a call to another church. These losses were hard on Darren and his wife.

Two other events pushed Darren over the edge. He had to put his beloved dog to sleep. But much more devastating, his mother was slowly declining into Alzheimer’s disease. Darren knew she could no longer care for herself, so he moved her out of her house many miles away into an assisted living facility near him. She hated her new home. It was far away from everything familiar. She grew increasingly adversarial, begging Darren over and over to take her back home. But there was no way.

Darren’s mom eventually passed in December, 2013. But her mental and emotional decline, on the heels of all the other losses Darren had experienced, took a terrible toll on him. He shut down emotionally and became almost non-functional. The day of the “crash,” Darren’s wife called the elders and said Darren would not be able to preach that weekend…and maybe not for a long while. He couldn’t get out of bed. He could hardly even speak. For weeks, doing anything at all required enormous energy. Night after night he couldn’t sleep. He says he was never suicidal, but he felt overcome with stress, sadness, and fear.

A caring, older couple invited Darren and his wife to move into their home for as long as they needed. Darren took the next two months off. He got counseling and got on an antidepressant. Slowly the darkness began to lift. He eventually felt like doing a bit of church work. The congregation was very understanding, he says. He was honest with them. He told them about his stress, his sadness, his tendency to isolate himself and not depend on the help of others. Being vulnerable and open actually drew him closer to his people. He grew more understanding of people’s pain. He says he learned the value of sighing.

But in the months following his return, Darren realized something had changed inside him. He no longer felt that he “fit” as a senior or solo pastor.

So earlier this year, Darren resigned.

Darren is now asking the questions he says he should have asked a long time ago: “What’s my gift mix? Where does God want me? What was I made for?” Darren is considering teaching, writing, and mentoring younger pastors.

I asked Darren what, if anything, might have prevented him from crashing in ministry. He says, “If I had grasped that God is for me, that would have helped.” Darren also says he’s realized that as a pastor he always felt isolated, like he was living on an island.

“I’m ready for something different now,” he says. 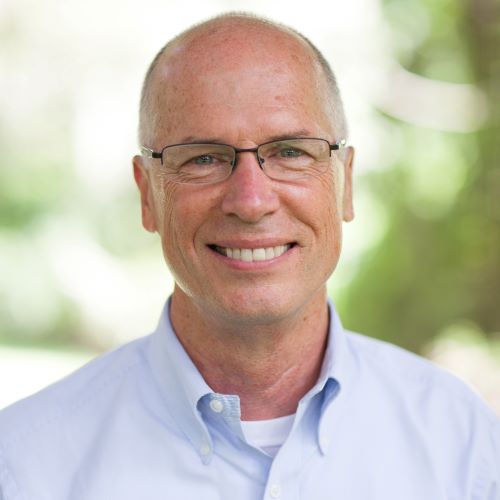 Mike was a pastor for over 32 years before becoming Dean of Students and visiting professor at a theological seminary in Orlando, Florida. He cares about keeping pastors encouraged for a lifetime of rewarding ministry. He’s the author of Surviving Ministry: How to Weather the Storms of Church Leadership (http://ow.ly/A1bz301atGt).